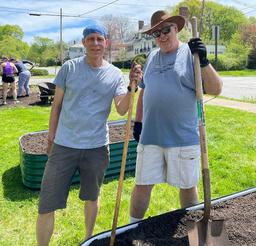 The Rev. Timothy Crellin came to St. Paul’s as Priest-in-Charge in February of 2022.

​Tim was Vicar of St. Stephen’s Church in Boston from 1999 to 2022, and was the founder of St. Stephen’s Youth Programs.  Previously he was Associate Rector of the Church of the Redeemer in Chestnut Hill.  He graduated from Brown University and Harvard Divinity School and was ordained in September of 1996.

Under Tim’s leadership, the B-SAFE summer academic enrichment program which he started in the summer of 2000, expanded to serve more than 650 youth at locations in the South End, Roxbury, Dorchester, Mattapan and Chelsea.  More than 250 young people attend daily after school programs operated by St. Stephen’s Youth Programs and locations in the South End and Roxbury.  St. Stephen’s is also one of the largest partners for the Mayor’s summer jobs program for teens.

Over the course of more than twenty years, Tim and his staff developed a unique partnership program with a network of more than fifty suburban churches and 1,000 volunteers who support the programs, serving as tutors and mentors.  This network also supports a partnership with the Blackstone School, with volunteers assisting in every classroom and staffing the school library.  Tim is also a founder of the B-PEACE Campaign, an anti-violence effort founded after the death of long-time member of the St. Stephen’s community.

​Tim is the Chair of the Board of Episcopal City Mission, and of Morville House, a 176 unit low-income elderly housing development in Boston.  He serves on the Ethics Committee at Heywood Hospital in Gardner, and on the Beloved Community Commission of the Diocese of Western Massachusetts.  He also serves as Chaplain for Care Central VNA and Hospice in Gardner.

Tim is an avid gardener, runner, reader, and Boston sports fan.  He and his wife Jenny climb Mt. Monadnock every week, occasionally with their adult son, Adam. 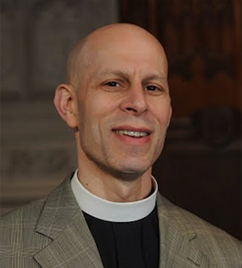 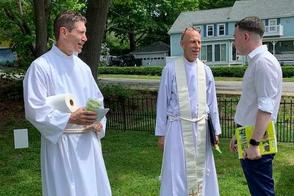